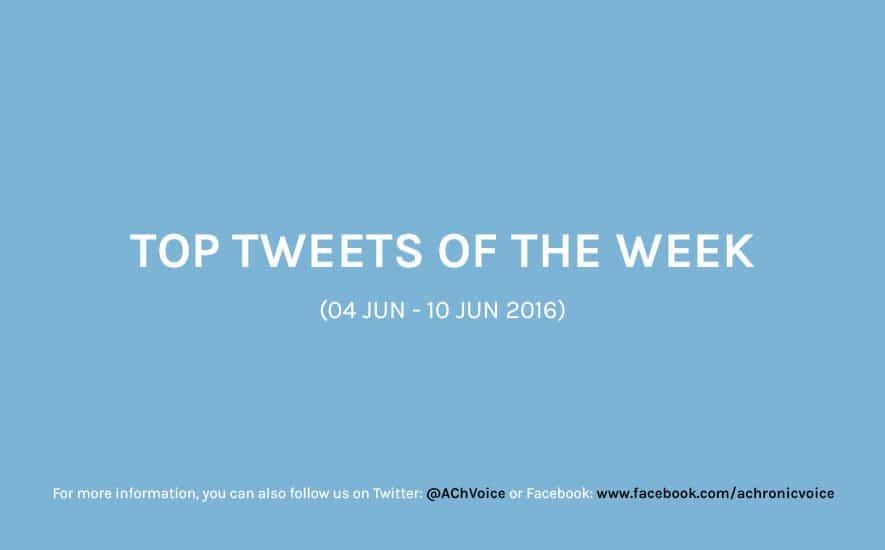 Hello, this week we have a wide assortment of tweet resources prepared for you! As always, we hear from patients who share their experiences and stories, which span from chronic illness, to special needs and mental struggles. We also listen to the thoughts of a clinic volunteer this week, brush up on our health trivia, and stand amazed at how patients’ knowledge helped with a woman’s diagnosis when it left doctors baffled! Autoimmune disorders can be one tough nut to crack…

These tweets have proven educational for me, and I hope that they serve to inspire and encourage you as well. Have a fabulous week ahead!

We Pretend That We're Not Afraid – thoughts of a clinic #volunteer: https://t.co/r0p68FEZ6w (via @kevinmd) #health pic.twitter.com/kcTbBALgZl

When a Girl at the Pool Realized Her Son Has #Autism – well taught! https://t.co/No1OpuvsA1 #specialNeeds pic.twitter.com/8TXzcbii4w

7 Strange Things #Stress Can Do to Your #Body – Listen to it: https://t.co/lengTb0fGs (via @ClevelandClinic) #health pic.twitter.com/hXPBYGW0Vn

How Being in #FosterCare Affected Her #MentalHealth – if only we cld be more #understanding: https://t.co/V24C6NPDRy pic.twitter.com/y6vflqfVrn

#Kindness in a Taxi Ride – It's the little acts of #humanity that keeps the world going: https://t.co/NUL643JIQG

Issue #88: Things That Make Life Worth It Despite Chronic Pain & a Homemade Happiness Jar

Issue #207: The Idea that You Will ‘Never Recover’ is Incomprehensible to Most People & It’s Okay to Feel Joy (or None) in the Midst of Your Struggles

Issue #267: Pacing with Chronic Illness Can be Frustrating Yet Necessary & Sometimes the Power of Holding Space for Someone Who’s Suffering is All They Need