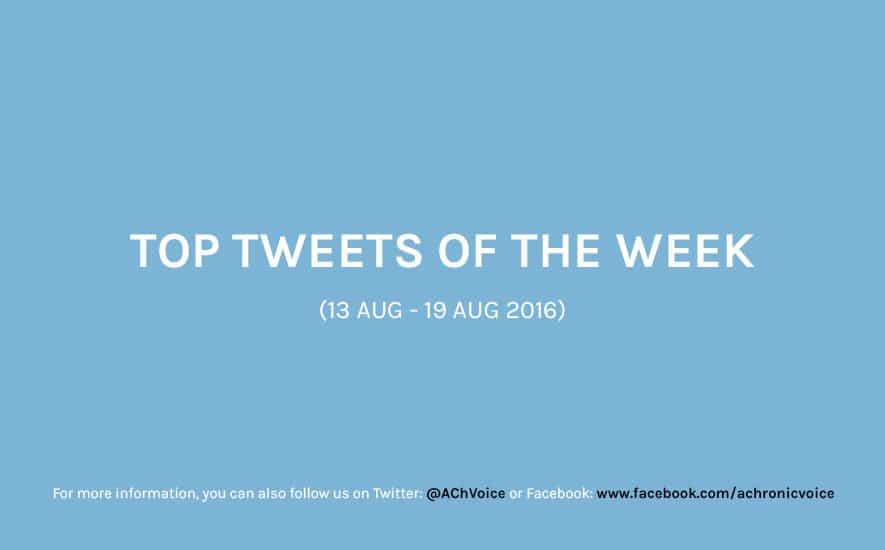 Hello and welcome to the week’s curated list of top health tweets! We take a close look at various aspects of chronic illness, and touch on the topics of antibiotics, social media and OCD. There is some interesting research on how childhood trauma can permanently alter genes to cause chronic illness. Samsung has been accused of poisoning its workers, which has led to deaths and lifelong illnesses. There’s also great insight into communication, dating and intimacy while living with a chronic illness. Oh and also two quotes by Anthony Hopkins and Eric Thomas as small food for thought.

I hope you enjoy reading these tweets, or learn something useful from them! If you have any comments, feel free to leave one below. Thanks and have a great week ahead! 🙂

Someone else's opinion of who you are as a person is variable, and might not always be 100… https://t.co/PBPXS7qxER pic.twitter.com/cqPSLVTPXS

Trouble w #Antibiotics – How you can play your part to resist: https://t.co/88Y1WDGcYz (via @HarvardHealth) #health pic.twitter.com/ZIJzgL1oVA

What Not to Say to an #Autoimmune Disease Patient – "you're so brave!" (for #living): https://t.co/00mEFcukHh pic.twitter.com/JVOvtL0lKu

Can @Facebook Mess With Your #Mind & #Mood? – a reminder to us all 😉 https://t.co/338PcKyzI7 (via @ClevelandClinic) pic.twitter.com/MXdn5MfDUM

Taking care of our minds and bodies actually require a lot of discipline and hard work. It… https://t.co/Z7L9AyPdwo pic.twitter.com/Td3RPiZ8sd

This Is What #OCD Looks Like, Too – not just about being #organized: https://t.co/ZuIJJOXuwo #mental pic.twitter.com/RmFmjPb8la

Issue #253: How to Advocate for Yourself at a Doctor Appointment & Anxiety as a Result of Chronic Illness

Issue #44: Being Ill Around Healthy People, What Home Means & More!

Issue #196: The Difficulties of Understanding Chronic Fatigue Over Pain & Doing What’s Best for Your Body Right Now is an Achievement