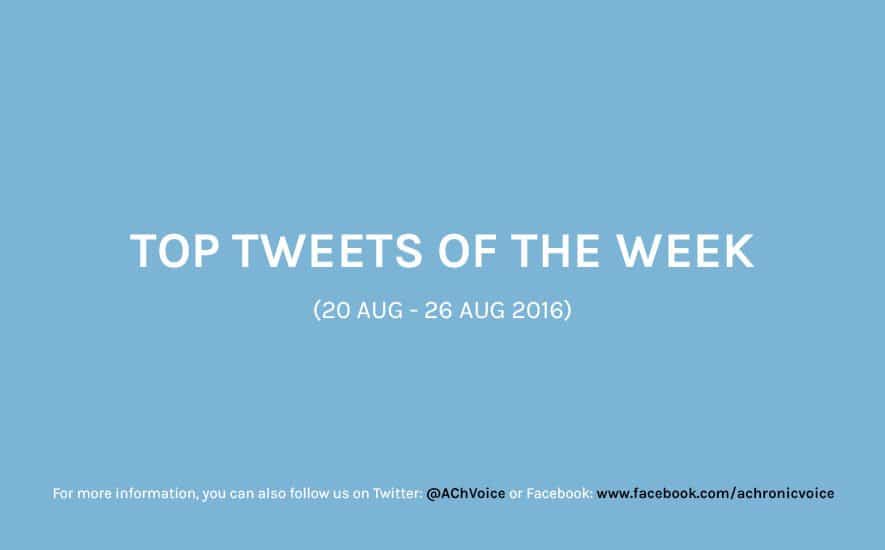 In this week’s edition of Top Tweets from our Twitter account: Some great insight from various people, on why and how chronic illness is a full time job. We also listen to the male minority suffering in silence, examine our minds and bodies in terms of sense and perception, bring awareness to the stigma of ignoring a disabled person, and look at the strains of practising and receiving medicine.

I hope these posts prove interesting or useful to you. If you have any requests or suggestions, feel free to reach out via the comments box below. Have a great week ahead!

Dilemmas Faced by the #ChronicallyIll – will the activity be worth the #pain? https://t.co/rhIkVIUuHw (via @kevinmd) pic.twitter.com/yFYw6T0vbi

The Darker Side of #Living w #ChronicIllness as a #Male – we'd actually like to hear more: https://t.co/mChcAes9DE pic.twitter.com/9ZSIdXV2XO

How Long Have You Been Fighting the #ChronicPain System? – no way out: https://t.co/LqEO7ZWgkh (by @WearTearandCare) pic.twitter.com/U4vDeUw80O

Stress gets me all the time, mainly because I let it 😉 It will be a lifelong journey of d… https://t.co/sqCiyRoD6m pic.twitter.com/m7x0iVwJwW

[Archives] 5 Metaphors to Show What #Life w #ChronicIllness is Like – you ever wondered? https://t.co/9RcIOaRMPu pic.twitter.com/EprUqJIJ0A

Unresolved Questions in #Psychiatry – A list of accurate 'whys': https://t.co/suJF1EckQ3 (via @currentpsych) #mental

Why He Hopes You'll #Ask if You're Curious Abt His #Disability – a damaging cultural norm: https://t.co/rBEyg17Rdo pic.twitter.com/fVXYI6aHjj

#Male #Hormone Reverses Cell Aging in Clinical Trial – was offered for #Lupus but no thanks: https://t.co/9ha7Wy5DpL

Issue #226: When Chronic Illness Takes Away your Fun Identity & An Inclusive Society Benefits All as We Thrive on Diverse Contributions

Issue #248: Walking Isn’t the Goal for Many Disabled People & Sex is Only One of the Many Aspects of a Good Relationship

Issue #278: Little Self-Love Letters to Help You Cope on Depressive Days & The Maddening Insinuation That the Chronically Ill are ‘Lazy’