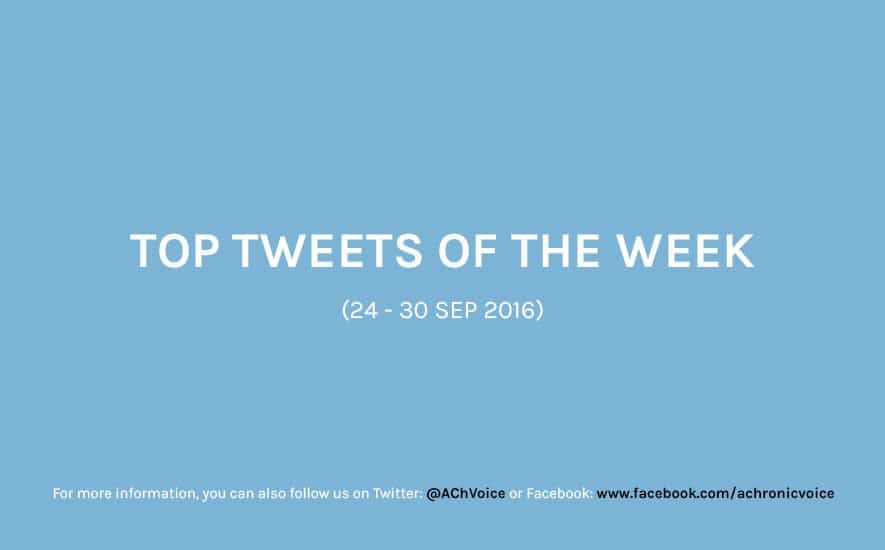 Hello and welcome to this week’s curated list from our Twitter feed! There’s some medical comic posters which we absolutely adore, and can’t decide which to buy! We also backed a great project on Kickstarter for some pretty medical ID bracelets – we’re always excited for a fellow chronic illness person to earn some passive income or start up their own business!

We also take a look at how chronic illness affects your dreams, and its humourous downsides and upsides. Then there’s the debate against low-cost medications and their effectiveness, the heartbreaking situation in Aleppo where brain surgeries take place on blood stained floors, the key to longevity in an Italian village, a brilliant charity app you can download, how a tech startup is combatting death from counterfeit drugs, how you can contribute to food for the needy in Singapore and the stigma fueled by the unscientific term ‘3 parent baby’ in recent news.

We hope you enjoy this week’s abundance of health topics as much as we did!

What Do You Want to be When You #GrowUp? – How #chronicIllness affects: https://t.co/qKVBDOPHCJ (by @krissciarappa) pic.twitter.com/oEdKdcSWwN

A #Medicine for Poor People – why be against effective, low-cost #treatment? https://t.co/zJxfn2tpiu (via @kevinmd) pic.twitter.com/0XGfQBPLpj

The #Coagulation Cascade – awesome #comic #poster you can buy on basic #hematology: https://t.co/lzXiphV6u0 (via @nerdcoremedical) pic.twitter.com/hZ5U6oNoM1

Thank you @wegohealth and to the kind stranger who voted for me, it was a pleasant surprise! 🙂 https://t.co/kUbauWQCCX

#Aleppo: #Brain #Surgery Carried out on #Hospital Floor – this made me cry 🙁 https://t.co/s47ymqo0Va (via @BBC) pic.twitter.com/tqZItgtM4T

Key to #Longevity in #Italian Village Where Many Live Beyond 100 Yrs – diet, exercise & sex: https://t.co/HDPY9Md8Nt pic.twitter.com/owwInRiStV

How My #Lupus #Nightmare Began – after years of un-diagnosis and borderline test results: https://t.co/d4ApDNfN9g pic.twitter.com/RVTz7hWcOX

Issue #77: How Chronic Illness Steals from Your Self-Worth & 21 Insights into Living the Spoonie Life

Issue #67: Yearning to Give More as a Parent & 30 Mad Skills of Chronic Patients

Issue #230: The Assumption That Young Adults Can’t Get Seriously Ill & Blogging is Gruelling so You Need to Take Care of Your Health First