In this issue: The emotional toll when people don’t believe that you’re in pain. When those who are supposed to protect you in society are ignorant. The validation and understanding that comes from others in pain, because healthy people don’t get it. Brain fog is exactly how it sounds like – swimming through a sea of fog. Why people mask their depression and even suicidal thoughts. Products that help with painsomnia, such as pregnancy pillows! Adapting to the unpredictable ebb and flow of chronic illness. The boring story of chronic life, because there’s no climax or conclusion. Top pain relief products, as recommended by a spoonie mama. Keeping a diary using Google Keep, to remember what you’ve done when you feel useless.

“One of the hardest parts of living with an illness is the #emotional toll it takes when people don’t believe you’re sick”: https://t.co/1Yik5WwhJF @chronicmom1 #spoonie #chronicillness #mentalhealth #disbelief

“I don’t want to feel like the people who are supposed to be protecting me are also going to give me grief about being a weak 20-something”: https://t.co/ugVBKlzN9m @TheMightySite #chroniclife #sooonieproblems #disability #parking #invisibleillness

“As a #community I feel we try to give the #validation and #understanding that many within our community aren’t receiving on the outside”: https://t.co/P7oUd37Qs9 @NatPainReport @fibrohippiechic #chronicpain #suicide

“#Brainfog is exactly how it sounds. It’s when your #brain feels like it’s swimming in a sea of fog, and you can’t think clearly”: https://t.co/Wqxy9h5l4O @yellow_erin #SpoonieProblems #Cognitive #chronicillness

“I hid behind my smiles, my goofy humor, and jokes. No one would ever be able to tell I had #suicidalideation frequently”: https://t.co/pc9Qu61NRd @Nikki_Albert #SuicideAwareness #chronicpain #spoonies #Mentalhealth

“I have a pregnancy pillow (even though I’m not pregnant) and it just cradles my body, definitely helps with my #backpain”: https://t.co/16l3f8zWGe @Yahoo @paigeawyant #painmanagement #painsomnia #spoonieproblems #chronicpain

[New Post] #Adapting to the Ebb & Flow of #ChronicLife – you'd think that after all this time I would have gotten used to it, but no 😉 https://t.co/2JJmOPc8PD #spoonie #prompts #chronicblogs

“Living with #chronicillness isn’t a short story, it’s a never-ending saga, except it has no action, no climax…and no conclusion—so eventually everyone gets #bored with it”: https://t.co/Y6NOfGMvzv @hedonish #chroniclife #spoonie #society #awareness

“my top five natural #painrelief mechanisms that I utilise daily as a potential starting point for you”: https://t.co/p8WdX0ysKA @thefibromama #chronicpain #chroniclife #spoonie #pregnancy

“I keep a #diary of sorts on #GoogleKeep to remember what I’ve done during the day. That way I can check back and see what I’ve been able to do when I’m stuck in bed and feel like I’ve done nothing”: https://t.co/H87JlBeNqn @spendingspoons #selfcare #spoonie #chroniclife 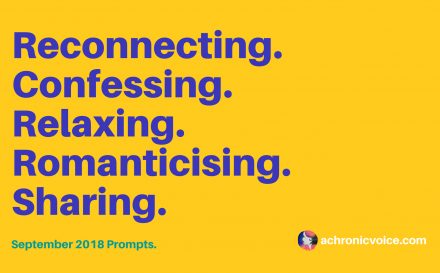 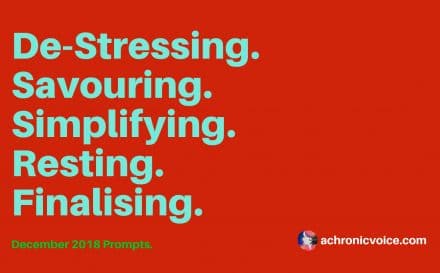 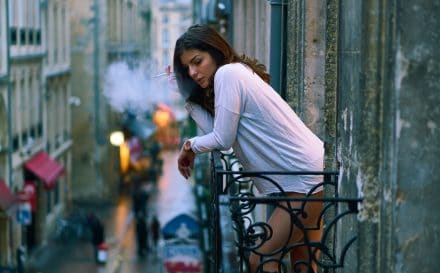