In this issue: Accept and surround yourself with supportive resources to heal from the bad days. The many thought responses to the comment, “but you don’t look sick”. Joy can also be found in small achievements, and not just during fun times. Beautiful portraits of women with invisible illnesses and ostomy bags. Chronic pain isn’t a competition; there is no need to put someone else who’s suffering down. The varying degrees of brain fog, where others can even assume you’re drunk. Managing pain is a continual experimentation and adaptation. Loneliness and isolation are huge problems that come with chronic illness. Depression doesn’t discriminate, and how to help a friend who may be contemplating suicide. Taking one day at a time with chronic illness, which can help with feelings of being overwhelmed.

[Archives] "So whenever I’m in such a state, I accept it and know that it’s only temporary…I allow myself to rest and retreat, and surround myself with comforting and #supportive resources": https://t.co/0dMtF0ojRD #selfcare #resilient #chronicpain #endometriosis

“Are they questioning the validity of my #illness? Are they challenging me to prove how ill I am? Are they accusing me of #faking it? Or are they just simply making an honest observation?”: https://t.co/OCcdq3Xhay @JourneyFog #chroniclife #invisibleillness #spoonie

[New Post] "While I was buried in the midst of my #illness, I clearly had forgotten that joy can be found not just in fun, light moments, but also in achieving what one once thought they couldn’t #achieve": https://t.co/Uzypv6tUUu @lisaalioto #mondayblogs #chroniclife #happiness

"Fr her home studio located in..Italy, she captures stunning, unretouched photos of women living with #invisibleillnesses..'They came in with #hope in their eyes, wearing the #scars of their battles and a great desire to live'": https://t.co/e0NHx78Y8a #ostomates #portraits

“Why should anybody have to justify #goodtimes? It’s just wrong. I for one, am absolutely sick of seeing these patronising comments when people share their struggles”: https://t.co/QuLkE69xSJ @amylivingwithme #chronicillness #spoonies #chronicpain #bekind

"It’s not an exaggeration to say people who don’t know me would assume I was drunk. It’s not only embarrassing but difficult to witness your body disassociate from your brain": https://t.co/YTeKEHB3FK #fibrofog #Fibromyalgia #brainfog #chronicillness #spoonies

“#Loneliness, and its close partner #isolation, is no small problem in #ChronicIllness life. It isn’t something I had any real concept of before falling ill”: https://t.co/8YKBptLTx1 @Unchargeables #spoonielife #chroniclife

“#depression doesn’t discriminate, and we have #noidea what’s going on inside other people’s minds. Often, it’s the people who seem the strongest that find it the hardest to ask for help”: https://t.co/qa6pxDdoN8 @JourneyFog @ProHealth #SuicidePrevention #mentalhealth #stigma

“Some days, as I look back on my story, I am just so relieved that I didn’t know what lay ahead. I feel like I have been protected from being completely #overwhelmed”: https://t.co/5CUo5lpDze @Med_Musings #trigeminalneuralgia #chronicpain #spoonie #invisibleillness 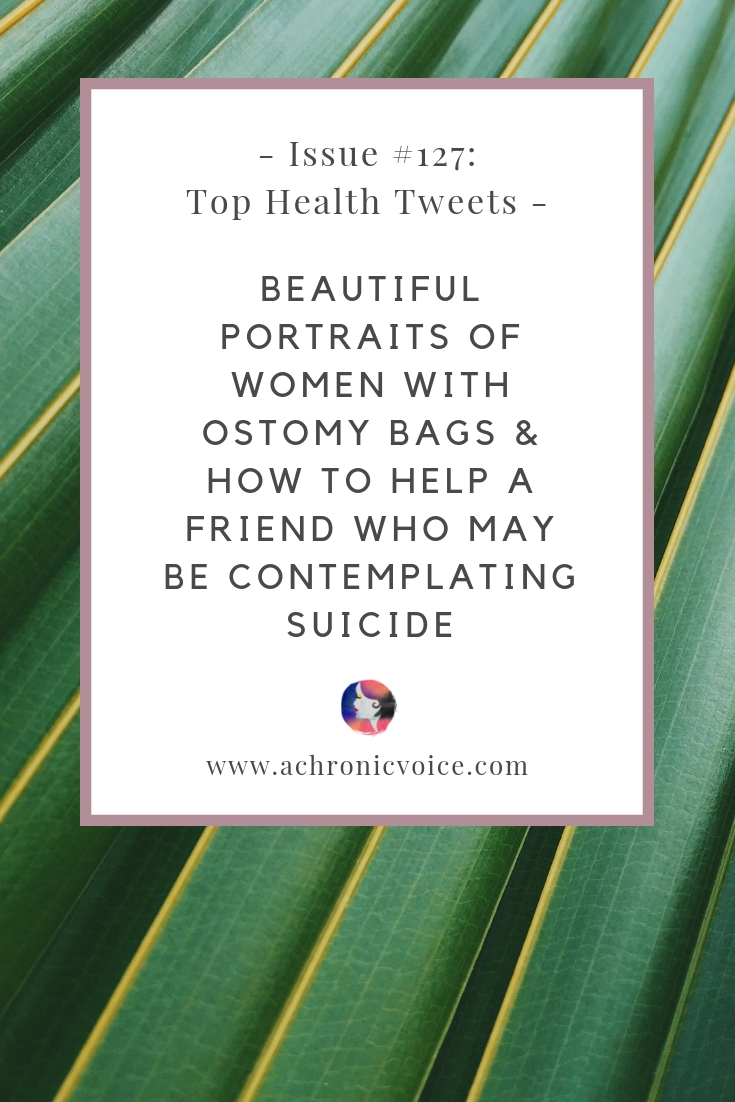 Issue #130: Quotes that Light a Flicker of Hope & Why do Others Always Demand Proof of Chronic Pain?

Issue #104: The Dilemmas of Being Ill After Marriage & Tips for Surviving Extended Hospital Bed Rest 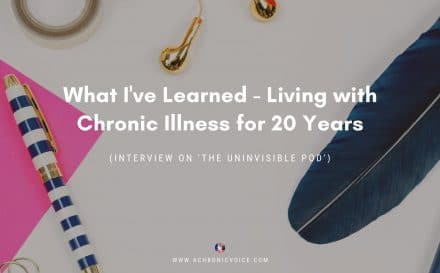 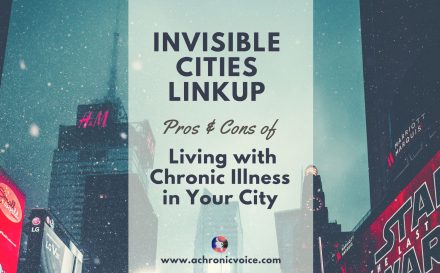 Invisible Cities Linkup: Pros & Cons of Living with Chronic Illness in Your City