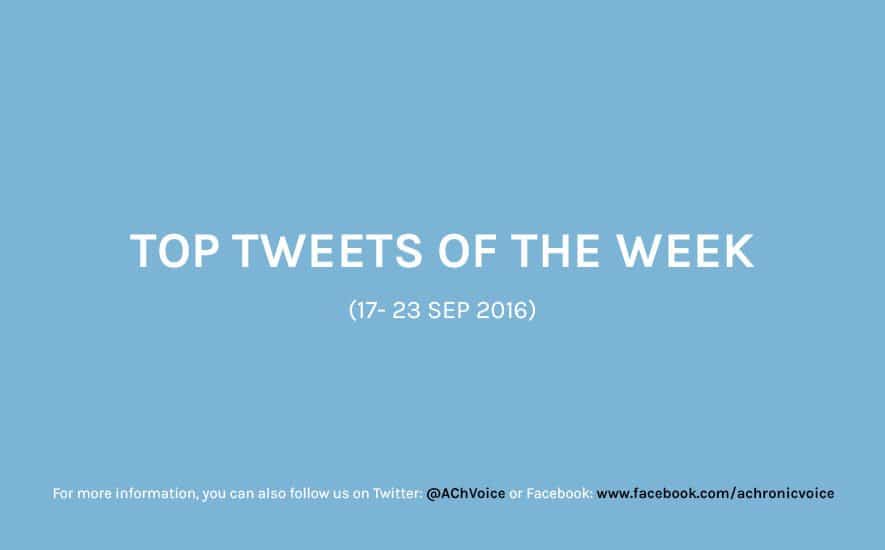 Hello and welcome to this week’s edition of most popular tweets from our Twitter feed! Topics and posts that others like you found most interesting this week includes contrasts between a ‘normal’ life, to that of a chronically or mentally ill person’s. There’s also a great reminder that you matter in this world, a tracker for tick infested areas in the UK that might carry Lyme disease, and a look at the four happy chemicals in our brains. It’s also not too late to back the book on Kickstarter, where 150 children with autism share their wisdom. Finally, there’s an awesome data visualisation that takes a look at foods and their purported health benefits, with solid scientific backing.

Have a cup of your favourite beverage, sit back, and happy reading!

The Biggest Financial Burden as a #ChronicIllness Patient – the inability to #work: https://t.co/Tug96GxN65 pic.twitter.com/oKhpMusWLv

Never forget that you ARE somebody in this world. You don't even have to try, just you bei… https://t.co/DnMHlOQR5d pic.twitter.com/8JtCVkblLc

[Archives] Having Fun w #ChronicIllness – keeping myself in a bubble isn't #living either: https://t.co/qyUsXNbZv2 pic.twitter.com/c4bov03bEr

I Just Backed "What We Love Most Abt Life" – #Autistic #Children's Insights On @Kickstarter: https://t.co/lmPsww5id3 pic.twitter.com/X9j3fG407g

How To Be #Happy – a brief overview of the 4 #chemicals in our #brains: https://t.co/64U73cflL3 (via @DeparturesMag) pic.twitter.com/CXslFIsyI8

Issue #78: Pampering as a Tool to Manage Pain & Tips for Working with Chronic Illness

Issue #190: The Longer You are in Pain, the More Sensitive You Become to It & The Decrease in Quality of Life with Every New Medical Catastrophe