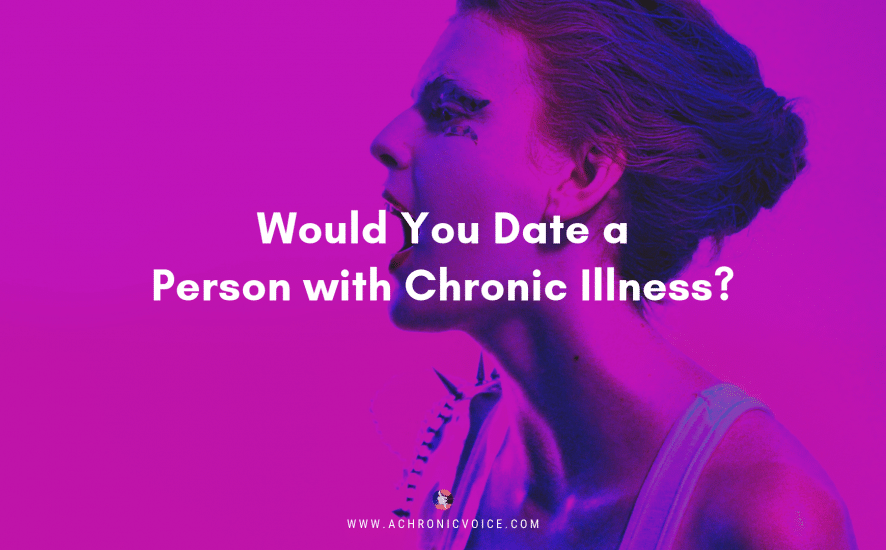 I have been fortunate enough to date men from extreme ends of the spectrum, in relation to my health. It gives me insight into different perspectives, which enables me to identify and appreciate certain characteristics better. Their opinions about our future together were diverse, and so were their attitudes towards my daily health struggles. Before going further, I’d like to state that the purpose of this article isn’t to bash anyone at all. Everyone is entitled to how they want to live out their own lives, for better or for worse.

Dating at One End of the Spectrum

I once dated a man whose greatest desire was to start a family of his own, and it troubled him that I never seemed to get better. He did not like the open-ended, variable timetable of my illnesses. Neither did he want to start with a ‘deficit’ before even trying for a child.

I underwent a few surgeries whilst we were dating, and he felt tormented that he could do ‘nothing’ to make it better. Yet he never provided any emotional support, and would often bail out on the bad days. I ended up having to be stronger for him, because ‘it was difficult for him too’. I would always give in to him, because I thought that I had less rights to my own opinions. It was already a burden for someone to be with me, what more could I ask for?

Dating at the Other End of the Spectrum

My next boyfriend on the other hand, always saw the future in a hopeful light, and goes with the flow of life. He has seen me at my worst, yet never once treated me as a lesser human being. I knew for sure that life would never be easy with me, yet it was a non-issue to him. He claims that there is nothing wrong with me at all, and that I didn’t affect his lifestyle.

I found that I grew with him as a person, because of his support to the very end. He never undermined any desire I had for education, which comes in many forms. Apart from the intellect, it also consists of life skills, hobbies, and most importantly, self awareness.

Mental and invisible health issues are often seen as suspicious in the eyes of the public, but I have never felt stigmatised by him. I could display my psychological and physical pains at the level of torture that they were truly at. This brings so much relief, just to have someone who believes you, and who never belittles the impact your experiences have on you.

The Most Important Thing I’ve Learned From These Polar Experiences

With the freedom I have had to grow, I’ve learned that I am worth just as much as any other person out there. So what if my illnesses are permanent? There is only one me amongst the billions of us on this planet, and we are all worth something in that regard. 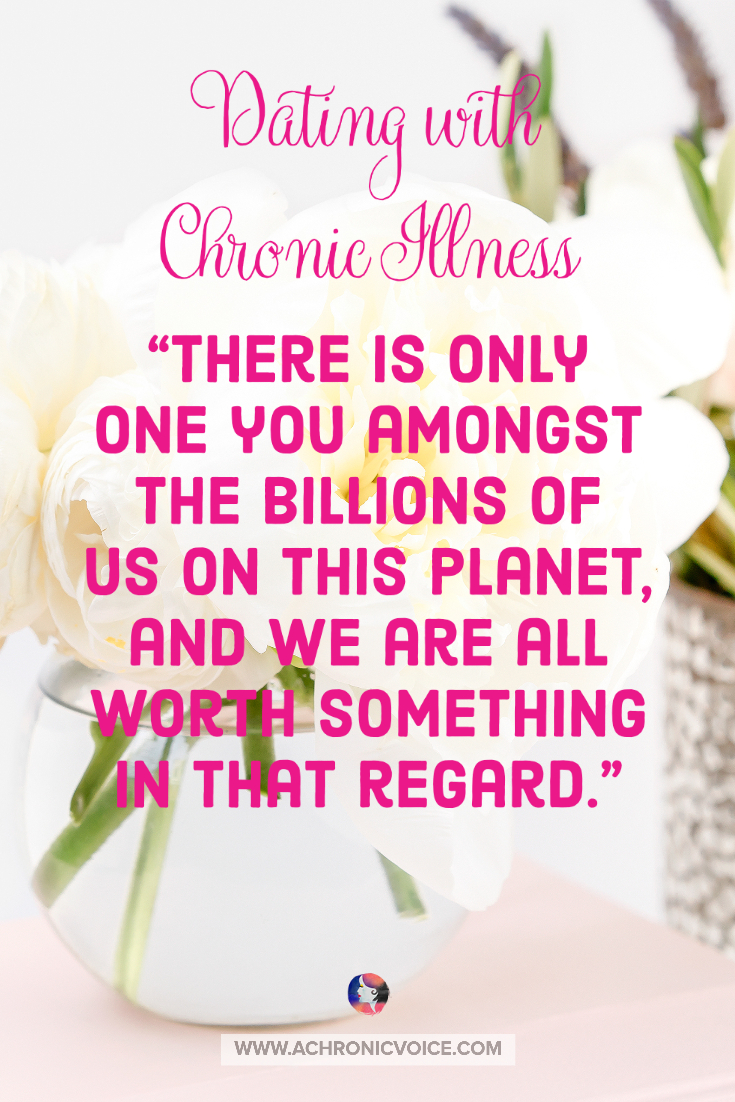 There is no doubt that a person with chronic illness will need more help than someone who is healthy just to get by. Many situations might test your patience, question your love and flirt with your morality. But no human being is truly independent anyway; just cut off their oxygen supply for a few minutes.

So in conclusion to my earlier question – would I date a healthy person? Yes of course. I’d pour my heart and soul into it, with the added awareness that I deserve this just as much as anyone else. But if I were dating someone who treated me with contempt or blame then I, a person with chronic illnesses, would leave him. If there’s anything I’ve learned at all from dating as someone with permanent illnesses, it is to have some respect for myself. 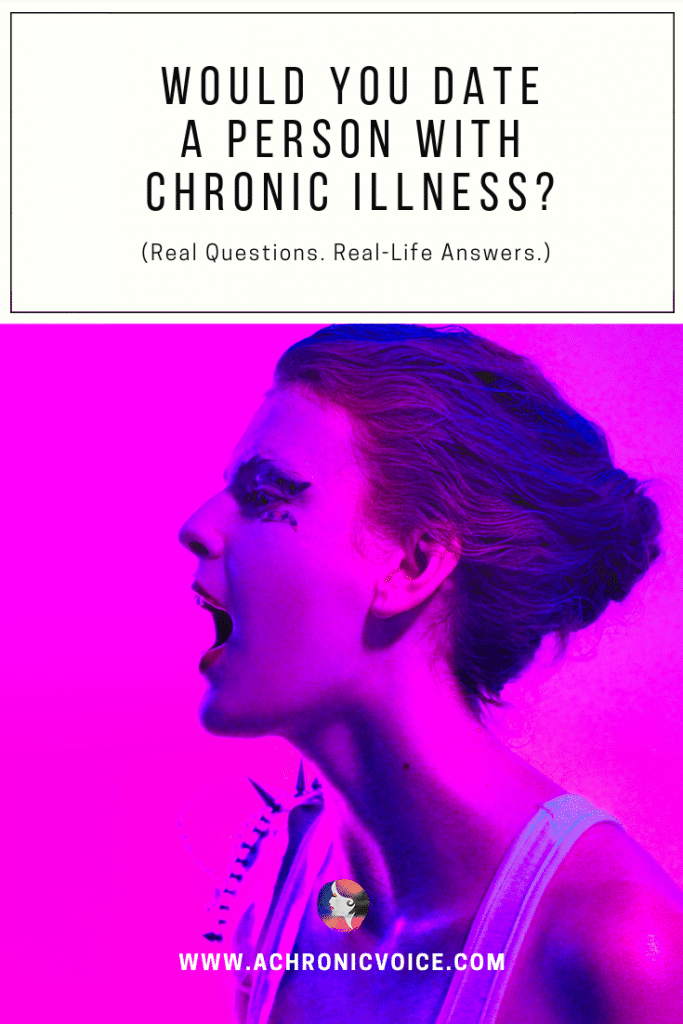 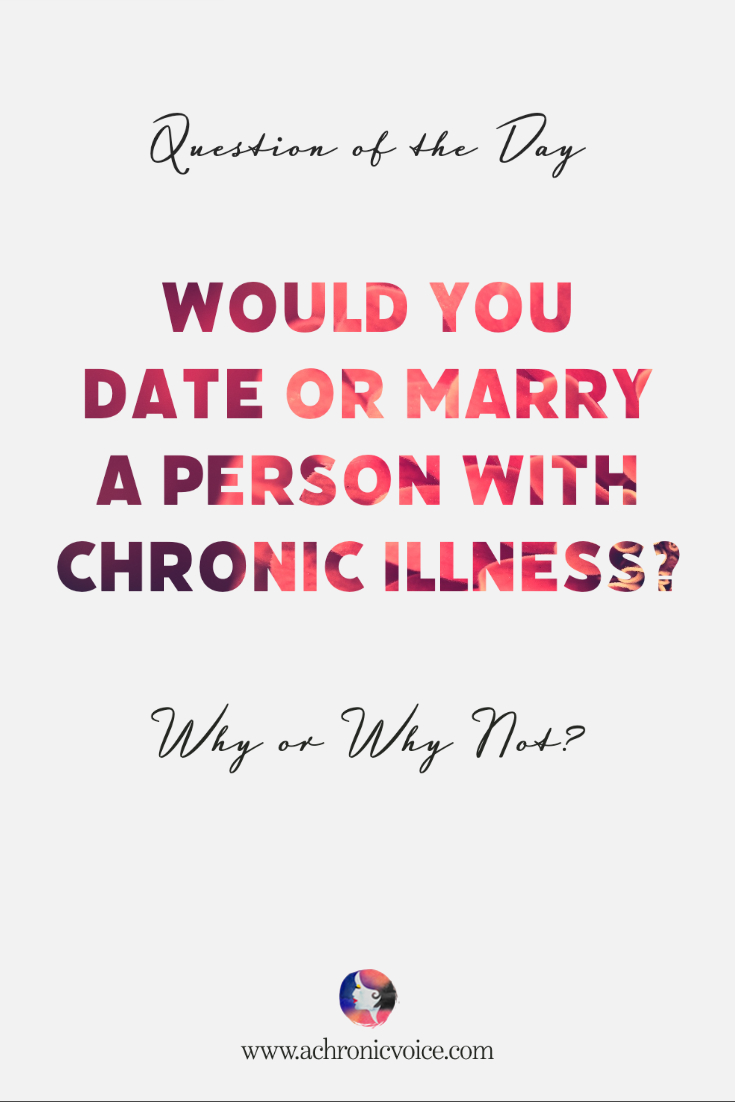 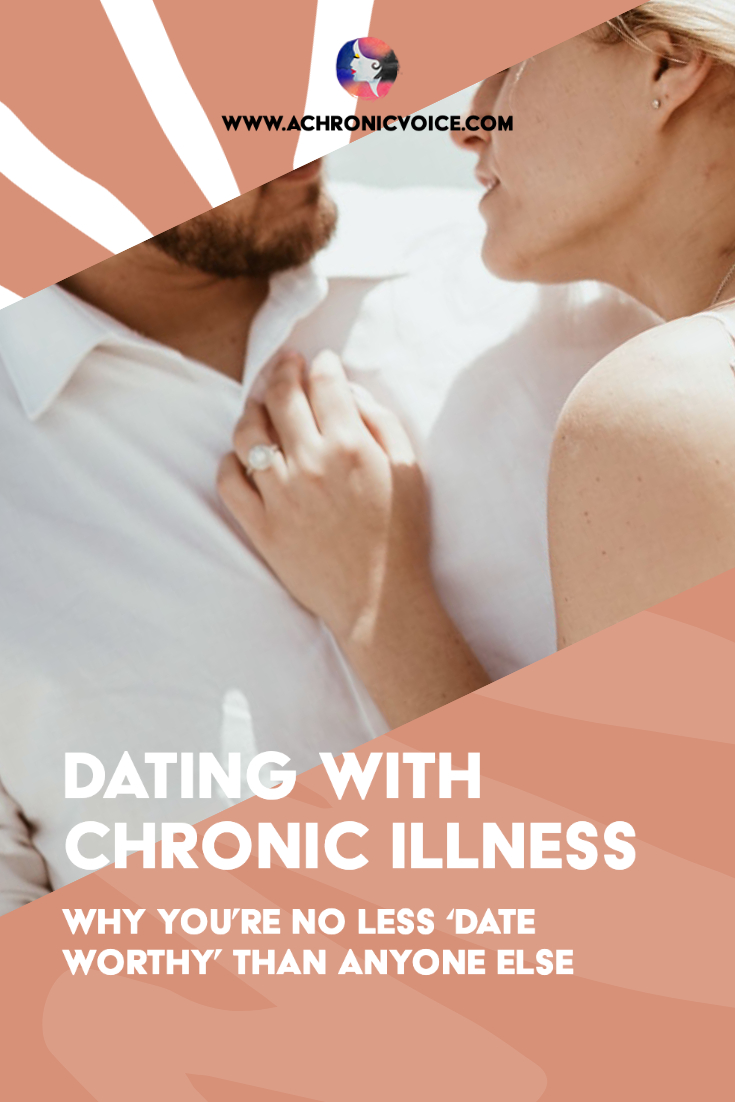 Issue #149: When Others Minimise Pain as if it Were a Competition & How to Support Those with Chronic Illnesses

Issue #198: The Compatibility of Psychology and Psychiatry Help & The Importance of Slowing Down Daily Especially with Chronic Illness

Issue #173: To Thrive is to Move Forward with Purpose & Accepting the Life You Never Planned for with Chronic Illness

Issue #182: Pain is Personal and not for Anyone Else to Judge & We are Responsible for Taking Care of Ourselves by Speaking Up