In this issue: The hard reality that you might be unappealing to some because of your illness. Some great reads for both the healthy and ill alike. The realisation that you’re putting actual living on hold while managing chronic illnesses. When you want to do nice things for your son, but need to remember to pace yourself. Some lovely wisdom from spoonies themselves, on what they find beautiful in their daily lives despite the pain and suffering. Running on an empty battery with chronic fatigue. Who will you choose to become, now that your life has been touched by illness? Young women are often seen as symbols of fertility and life, and society’s disbelief that they could possibly be sick. Suicide isn’t a choice, and happens when the pain exceeds a person’s resources for coping with it. Slow down to go fast!

"When I became ill, I was hit with the stone-cold truth that I might be unappealing to some individuals because I would be ill for the rest of my life": https://t.co/1K5ZPCjwLE @chroniceileen #spoonie #chroniclife #chronicillness #rheumatoidarthritis #relationships

[New Post] "If you’re #healthy, these are also great reads to delve into the strange world of disease, or to better understand what a loved one is going through": https://t.co/3x2z4JPRPX #spoonie #chroniclife #caregivers #books

“I’ve been so caught up in the particulars of managing my #chronicallyill life that I was putting the actual living of my life on hold”: https://t.co/gXjdGLkmk4 #spoonie #chroniclife #chronicillness #timemanagement

“I’m usually really sensible when it comes to pacing, but yesterday I overdid things. Not for me really, but because I wanted to do nice things with my son”: https://t.co/ps1TlMAqEY @Not_Just_Tired #spoonieproblems #motherhood #chronicpain #chronicillness #mecfs

[Archives] "What are some things that you find #beautiful in your #everydaylife, despite all the pain and suffering?" – some lovely #wisdom from #spoonies themselves! https://t.co/qShBfsglPN #projChronicWisdom

“I still have 3 hours left in my day before I can go to sleep again. I am literally running on an empty battery”: https://t.co/ufvFyMbygA @Unchargeables #spoonieproblems #chroniclife #chronicfatigue #chronicillness #chronicpain

“you will never again be exactly the person you were before being touched by illness. And the real question becomes ‘Who will you become now?’”:https://t.co/mDKVaDHfxb @DiggingDeepJrnl #chronicpain #mentalhealth #change #selfawareness #spoonie

"#Youngwomen are always being held up as a symbol of fertility…people…don’t want to think about how the very person they think of as the poster of #health is actually quite likely to be sick": https://t.co/705MIc9XVz @Longreads #perspectives #chronicillness #spoonies

Being #mindful about the task at hand really does help a great deal: https://t.co/VNPttUCBDY #quotes #chroniclife #productivity #selfawareness pic.twitter.com/xzocWWXIPX

Issue #71: How to Manage Your Energy Budget & the Rise of Spoon Tattoos 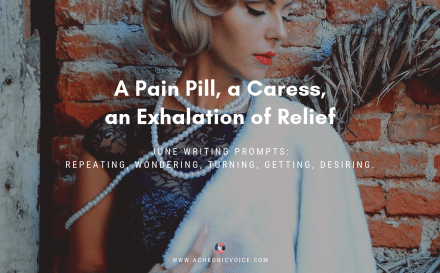 A Pain Pill, a Caress, an Exhalation of Relief

Issue #279: Chronic Fatigue Can Feel Defeating When You Want to Do So Much with Your Life & Young Adults with Chronic Illness Often Fake Being Well to Try and Act Their Age 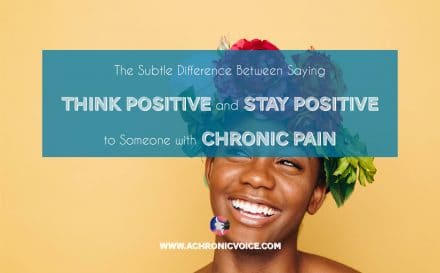