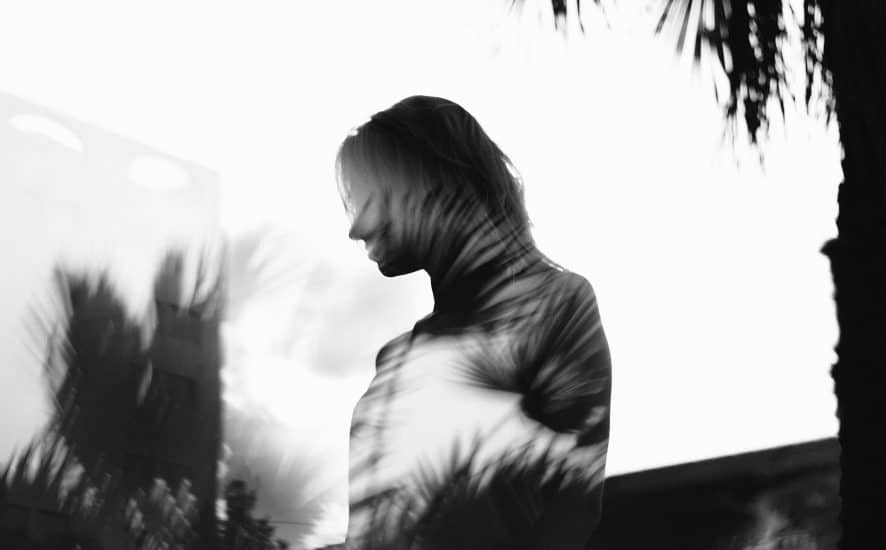 I entered my adult years in turmoil no thanks to Lupus. At 20 I developed epilepsy, then leukopenia, crippling arthritis pains and endometrial polyps in the years to follow. Some of these were a direct result of my illnesses, and others were side effects of medications taken to control them. I needed blood transfusion at one point as my red blood cells had self-destructed to a dangerous low. Having antiphospholipid syndrome (a blood clotting disorder) meant that a number of potential treatments and medications were unfeasible, too. To take it a step further, my blood type is O negative and contains rare autoantibodies. It took them two days to find me a compatible pack of blood from a different hospital.

My face was a swollen balloon, as a result of being on high dose steroids to control the flares. It was a demoralising period, especially when everyone else around you is enjoying their prime years of health and beauty. But I didn’t have a choice, as no other immunosuppressant worked for me. We had exhausted almost every option, including the big boys like mycophenolate, azathioprine and cyclosporin at maximum dosage.

Rituximab, Side Effects Include: Death

My rheumatologist then suggested trying rituximab – a new chemotherapy drug in Singapore back then – that’s also used for leukaemia. I would only be the seventh patient in the hospital to try it, and the side effects included death. It would also cost a mere $10,000, with no guarantee of success. A tempting offer, I must concur, but I didn’t have many options left on the table. It was either this, or one of two other drugs – one that can cause permanent infertility, and the other morphs you into a man, complete with an adam’s apple and all. Other IV treatments would cost even more. My parents encouraged me to try it out, so we scraped together some money and I said ‘yes’.

Rituximab is taken intravenously, in two doses two weeks apart. The amount you need is dependant on your body weight, and titrated solely for you. It was a little scary watching the translucent liquid enter my vein, and I started to feel nauseous after some time, which is a common reaction. We managed to complete both courses at a slower transfusion rate, and I waited for good news. For the other patients the results had mostly been fantastic, but my red blood cells started to break up again after only four months.

The following year, my doctor referred me to a top haematologist for a second opinion. He wanted to know if hematopoietic stem cell transplant (HSCT) was an option for me, but she thought that that would be a bit of an overkill. She discussed yet more options with me, including splenectomy, pulsed cyclophosphamide (extremely toxic), or another round of rituximab.

The risk for splenectomy includes splenic DVT, which I’m already at risk for because of my blood clotting disorder. The remission rate wasn’t fantastic either at 30%. HSCT would be the most drastic option, with a 75% remission rate. But all these trials were only done in the U.S. back then, although some of the success stories were amazing. Some of the participants managed to stop taking anticoagulants for good, which would be a dream come true! These were extreme cases however, where they didn’t have much choice but to risk it.

Rituximab Round 2: It Began Slowly…

So we decided to give rituximab one more go, and slotted another $10,000 into the health poker machine. I checked myself in, and prepared to chill out as it transfused over the next 4 – 6 hours. And then it started. I had a mild sore throat, which was strange. “I must be dehydrated. Let’s drink more water”, I said to myself.

The feeling graduated to that of a wedge stuffed down my windpipe, making it difficult to breathe. I still thought that my mind was playing tricks on me, and tried to calm myself down. I didn’t want to be that silly little girl who overreacted to every tiny shadow. “It’s just a minor side effect.” I brushed it aside.

Then I started to get funny sensations in my arms, and finally decided to inform the nurse. She didn’t seem too concerned, but said that she’d inform the doctor. I nodded and sat there with the drip still running, although my instinct demanded that it be turned off at once. I hushed the voice; once again, I didn’t want to overreact. It didn’t seem likely that it might be an allergic reaction as I had done this before. Besides, I wasn’t itching, which is the main indication of allergies, right?

…Before Exploding All at Once

I cramped up all of a sudden, as if my period had arrived without warning, and felt like I had to relieve myself at once. I finally got the nurse to disconnect the drip as I ran to the toilet. I heard footsteps down the corridor, signalling the arrival of the doctors. I willed myself to hurry up, but still took long enough for them to knock and ask if I was okay. It was embarrassing to step out with no less than 10 doctors there, waiting around for me to finish my business.

The doctor in charge sat me down and started asking questions in rapid succession. One of the younger ones wanted to get me some panadol for the ‘period cramps’, but the senior doctor said that that wasn’t a priority. This dismissal annoyed me, but I understood why later on.

She examined my throat as I answered ‘yes’ to all the questions on her checklist. By then my breathing was starting to become laboured, and those rashes that I didn’t have? They finally broke out on my back, calves and ears. My eyes swelled up, and my oxygen levels fell. My heart rate went out of control, and my cramps tuned up in intensity. I was sweating from the effort of it all. It was now obvious that I was having a classic severe anaphylaxis shock.

The doctors hurried to administer emergency medications; they hooked me up with IV hydrocortisone (steroids), diphenhydramine, nexium, and injected me with epinephrine. You know those epipens that people inject into their thighs to stop an anaphylaxis attack? They actually hurt. A lot. And never in my life did I think that I’d get to try it out.

To my relief, my body started to calm down, including the ‘period cramps’. I read after, that this was a common symptom of anaphylaxis too, as your gut and internal organs swell up. I spent the next eight hours hooked up to the IV diphenhydramine but was able to go home the next day, although the itching took months to subside. As for the remaining titration of rituximab? They threw it out – $10,000 straight down the drain, literally.

It seems like my body was too smart for its own good, and recognised the drug from the first round of infusions. It was obvious that it didn’t like it very much. My doctor suggested trying again at an even slower transfusion rate, one quiet enough to trick my system into accepting it. But I rejected the proposal this time; if my body doesn’t like it, then it can’t be that good for me either, can it really?

The adventure is to be continued! In the meantime, you can start from the beginning. 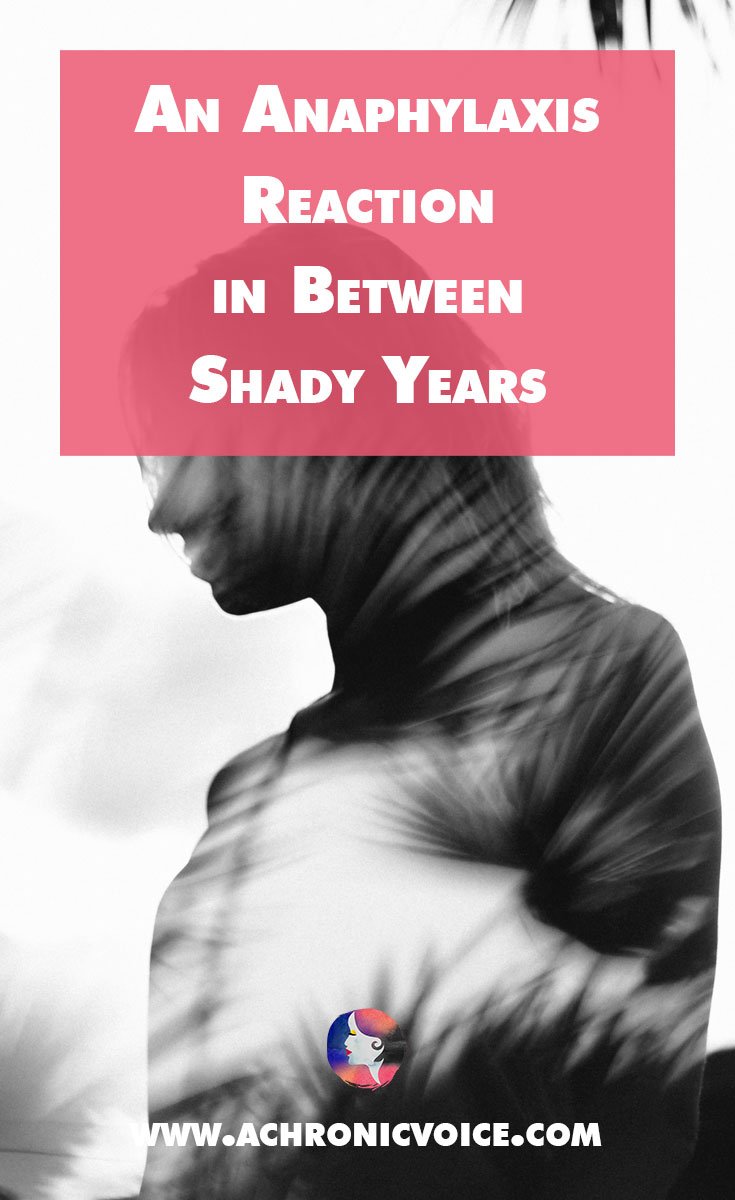 Issue #135: When You’re in Too Much Pain to Even Go to the Doctor’s & Breaking the Negative Notion that Resting is Laziness

Issue #107: When People Think You’re Well Just Because You’re Smiling & Easy, Nourishing Meals for the Days When You Just Can’t 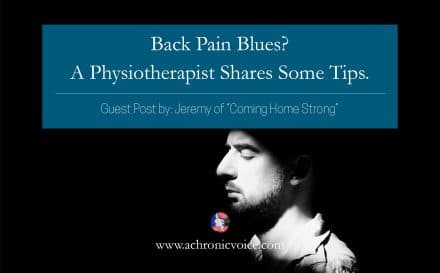