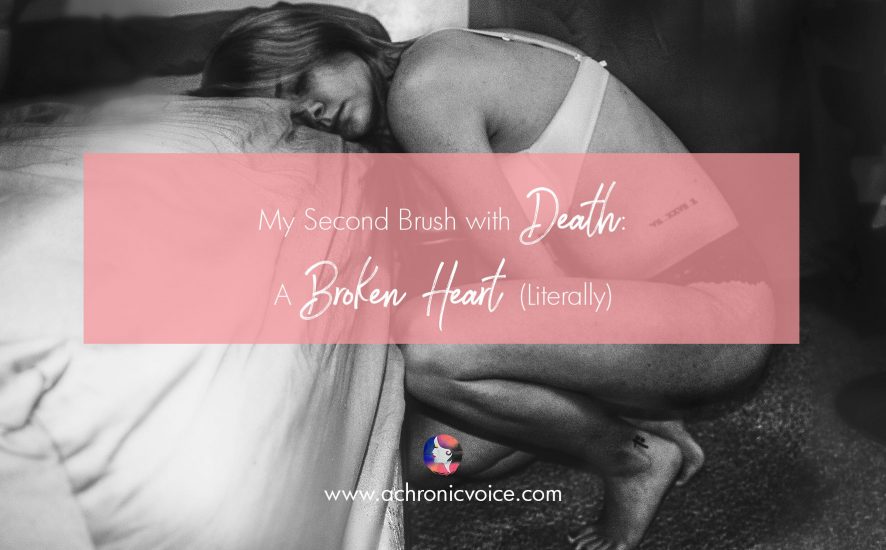 How Much Calamity Can a Year Contain?

2014 was a riot of a year. I thought to myself after undergoing another surgery, “well, that should be it. I’ve met my quota for bad stuff happening this year”. So I started to plan for a trip that I had dreamt about for seven years – travelling across Asia to Europe via the trans-Siberian railway. To my delight, a friend and her husband decided to join me just before I left.

I was in decent shape back then, and even carried two backpacks for days, after an unruly horse threw my friend off in Mongolia. Yet there had been troubling episodes as well; I would wake in shock at night while on the train, feeling as if my heart were robbed of oxygen. We’d trundle along with passengers snoring in peace, as we glided across the empty vastness of the Gobi desert by moonlight. I would reason with myself that it was nothing but the dusty air. It was, after all, one of the largest deserts in the world.

More Adventure in Life, but Not the Fun Sort

I went for my regular checkup upon return, only to discover that there were strange gurgling sounds coming from my heart. “It’s probably some micro haemorrhages caused by your antiphospholipid syndrome”, my doctor said. “They’re tiny blood clots in your heart, but let’s see a cardiologist to be sure.”

I wasn’t too concerned. Such statements might sound groundbreaking to the average person, but are common when you live with chronic illnesses. In fact, I worry when things are going well for too long. But the echocardiogram did reveal an abnormality – my mitral valve had prolapsed; one of my heart chambers was leaking. There was severe regurgitation, as blood flowed backwards into my lungs with every beat.

There’s no medication or alternative treatment to fix this. It only widens and hence weakens over time, until surgical intervention is needed. To make matters worse, it was the anterior (back) valve, which makes surgery a little trickier. No surgeon likes having a patient with a bonus blood clotting disorder either. People like me have died not from the surgery in and of itself, but from an outbreak of blood clots while undergoing treatment.

The Chaos that Thrives with Uncertainty

I was in a daze, and the next couple of months went by in a haze. Thrown around from doctor to doctor, it felt like no one wanted me in their care, due to my complex medical history. My encounter with a top heart surgeon was unpleasant, to say the least. He postponed all three of my pre-arranged appointments, for reasons such as needing to leave for a conference. It didn’t matter that I had been waiting for hours in pain, whilst freezing in the fake hospital winter air (when your heart is dying, your body feels especially vulnerable). But what can you do, except to seethe with despair, and arrange for yet another reluctant date?

Tension was rife when we finally met; I found him arrogant and disinterested, with zero empathy. Perhaps this is what happens when you’ve been through the process hundreds, even thousands of times, to attain recognition as ‘the best’. His opinion, like that of all the other doctors I had already seen, was to wait until the very last moment to do surgery. To them, my clotting risk outweighed the benefits of nipping the problem in the bud.

Minimally invasive surgery was already popular back then, but to my surprise, no surgeon was familiar with the procedures in Singapore. The surgeon I had seen was insistent on an open heart surgery, and cited the ‘many benefits’: he would get a better view of my whole heart with my chest split wide apart, and ‘quick healing bone glue’ would fix me back up quick-like, no problem.

But I was only 24. Perhaps I could live with a thick, crude scar running down half my chest, but it didn’t make any sense to me, and my gut instinct was against it with an overwhelming vehemence. I had been on steroids for a long time, and my bones were near osteoporosis levels. Wouldn’t it be another problem I’d have to manage for life, on top of my already long list of health conditions?

In Search for a Better Solution

Like most people my age, I scoured the web for more knowledge, solutions and experiences from other patients. Two hospitals came up frequently in the search results – Mayo Clinic and Cleveland Clinic – the top two heart hospitals in the U.S..

I studied the profile of every surgeon on their websites, and learned that I could request for an opinion with $600. Oh, the irony of opinions! Usually lengthy yet unwanted, here I was paying for a few lines of text, which I scrutinised by the word.

Contrary to all the advice thus far, this surgeon encouraged me to get it done as soon as possible. He based his conclusion on my medical history, age, and long term wellbeing. He appeared confident of the success rate, and seemed dismissive of my medical issues, but in a good way. I felt the feeble warmth of hope stir within me, a breeze against the uncertain winds of the past year. The caveat? I would need USD100,000 to get there and get it done.

No Time to Waste, Many Plans to Make

I could feel myself slipping away from life with every passing month. Breathing had become laborious, and no longer within autonomic control. My lungs and heart were out of sync, and I had to personally oversee my body’s task of taking in and giving out air. Laying down to sleep every night took me 30 minutes of careful declination. To go any faster would result in a full body shock, as if a toilet pump had been shoved down my throat.

Asking for money is never an easy thing to do. At worst, it wounds your fragile ego. At best, it reveals a weakness, a neediness. You feel useless, as if a burden to society, and a curse upon your family. But desperation has a way of motivating a person. Your pride, fears, doubts and sensibilities go out the window. It becomes a fight for survival, and triggers the basest instinct of what it means to be human. If you’re dead, how do you even be human at all?

Within a week, we cobbled together a fundraising plan. A friend created a website, and I met others at a local pub on a busy Friday night, to discuss plans B, C, D and E. We must have looked like a bunch of people there to enjoy the live jazz music, not talk about matters of life and death. While my weight was dwindling, I still looked fairly normal, if a bit underfed. I’d say that the most cunning of diseases are the ones that strike you not from behind, but from inside.

Showing Support Can Go Beyond Money

I stayed up until 5a.m. many nights to respond to queries, thank donors, consolidate funds, and make trip arrangements. There was no putting things off, despite the sore need for rest.

Foolishly, I had taken up some freelance jobs to try and contribute to the funds myself. But I had overestimated my body’s remaining store of stamina. When your heart is failing, the fatigue is all-consuming, and descends to the point where you’re too tired to even breathe. A classmate whom I didn’t even like back in school took over the job for me, despite his own busy schedule. This act of kindness still humbles and touches me to this day.

After the world around me had settled into sleep at night, I would press my knees against the cold marble floor of my bedroom. Obscured by the city lights, I would search amongst the few visible stars for a favourable sign. I would beg God, the universe, whoever was out there and listening, to let me live. I would protest with tears streaming down my face, saying, “but why, I’m too young to die!”.

Yet even in my pain and grief I had to keep myself constrained, and contain all my rage, denial and terror in a heart shaped box. A box that would explode if I were to have a meltdown or full blown cry fest. I’d sit on the sofa and sigh hundreds of times, as it was one of the few outlets I had left for regulating stress within my body.

Donors Come from a Whole Spectrum of Life

Donations poured in from all sorts of people. My parents’ traditional church held offering sessions, while tattooed ex-colleagues met up to discuss potential advertising campaigns. A friend from Russia insisted on wiring over his life savings, and two other game friends donated their poker winnings. Strangers donated huge sums of money, then requested to remain anonymous.

Despite the tragedy of the situation, I bore witness to the eternal essence of humanity. When a life cries out, we answer the call. As the black hole sucked me in, the world joined their hands and stretched out to pull me back.

It also taught me many life lessons, and put all my ignorant assumptions to shame. So many of the people whom I thought were mean, rude, or uncaring, turned out to be the kindest of them all. So many of such people must have developed a shell over the years in order to protect their generous spirit, in a world that often chews it up and spits it out.

To be continued, where I will write about my surgery and experiences at Cleveland Clinic!

Read about my first brush with death here. 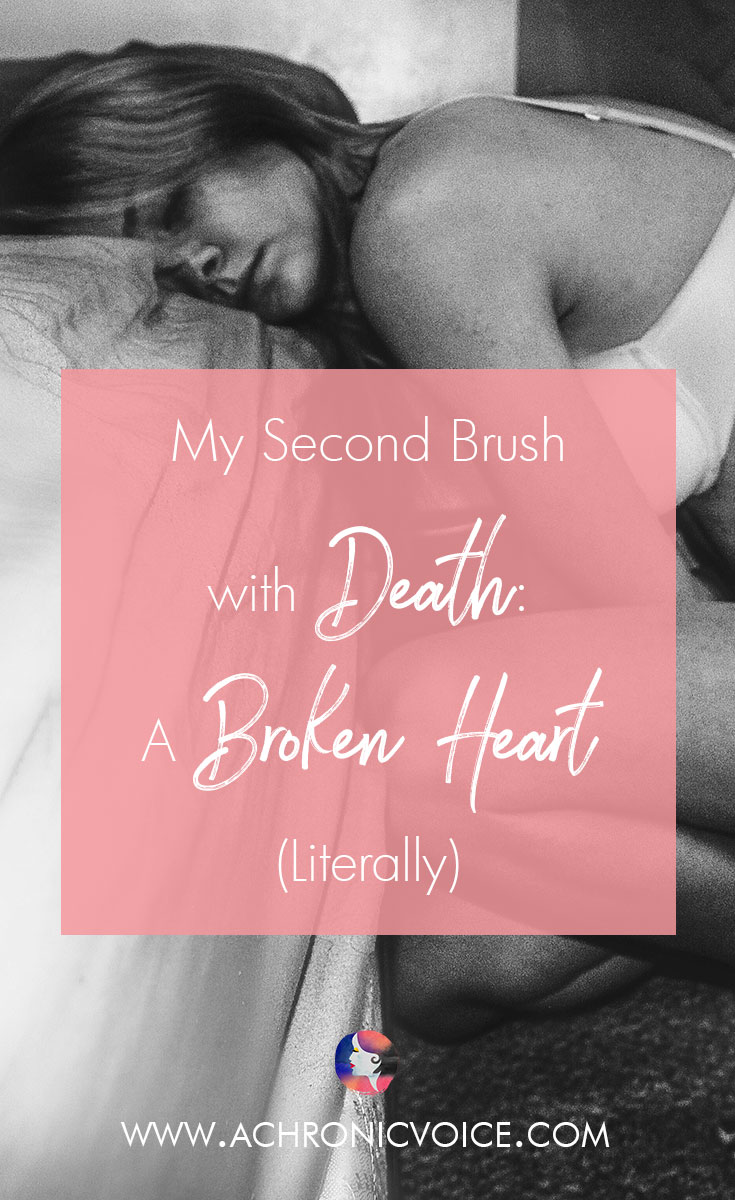 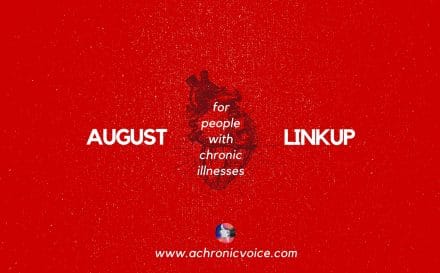 Issue #175: Making it Through to the Next Day Counts for a Lot & the Importance of ‘Finding Your Tribe’ 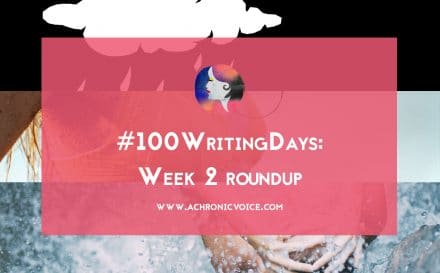 #100WritingDays Roundup 2: A Candid Glimpse into Life with Chronic Illness as a Young Person