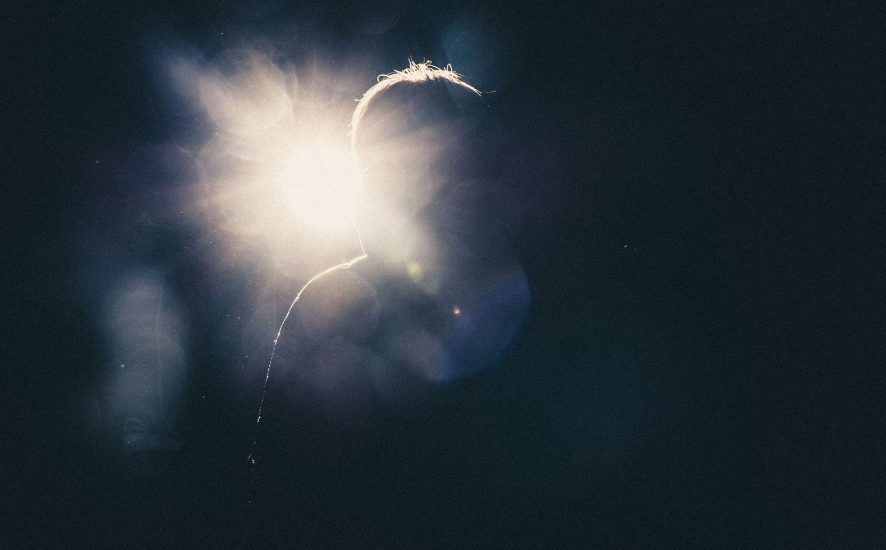 A Careless Diagnosis: Muscular Cramp Instead of Thromboembolism

“It’s just a muscular cramp.” The general practitioner I saw dismissed my intense pains with a swift diagnosis. He gave me some muscle relaxants and sent me limping off.

Meanwhile, a monstrous pulmonary embolism gathered in size and strength as multiple DVTs from my Antiphospholipid Syndrome fed into it. A combination of DVTs and pulmonary embolism is also known as a Thromboembolism. I pushed through the next few days as I had always done at that age; I had always strove to be the strongest girl in all aspects, ‘stronger than a boy’.

I tried to attend school the next day, but was in so much pain that I turned around and took the bus home. I sat at McDonald’s nearby, sipping on lemonade as I waited to go home at a decent after-school hour. I was afraid that my mother would be angry if she knew that I had ‘played truant’ again; my attendance score wasn’t exactly stellar.

The Day That Changed Forever

I had been sleeping for days in an upright position, as lying flat had become impossible. I reached my limit that night however, as I gasped for straws of air in a desperate attempt to stay alive. My mother rushed me to the hospital in panic, where the doctor injected a tube of painkillers after running some tests. I remember asking if I could have some more, and him sitting beside me in the quiet darkness, saying in a gentle tone, “It’s really painful, huh.”

It must have been one of the worst nights of my mother’s life. My father was in the middle of a meeting on the other end of the world, and my sister was at the police station for some minor offence that teenagers make. She said to me, “Don’t worry, everything is going to be okay.”

It’s funny how I often hear this line recited in hospital scenes on TV and know that there is something wrong, yet when it occurred in real life, I sucked it up as truth without question. What I didn’t know was that the doctor had taken her aside in private, and told her that if I didn’t make it through the night, I was probably going to die from the massive thromboembolism. 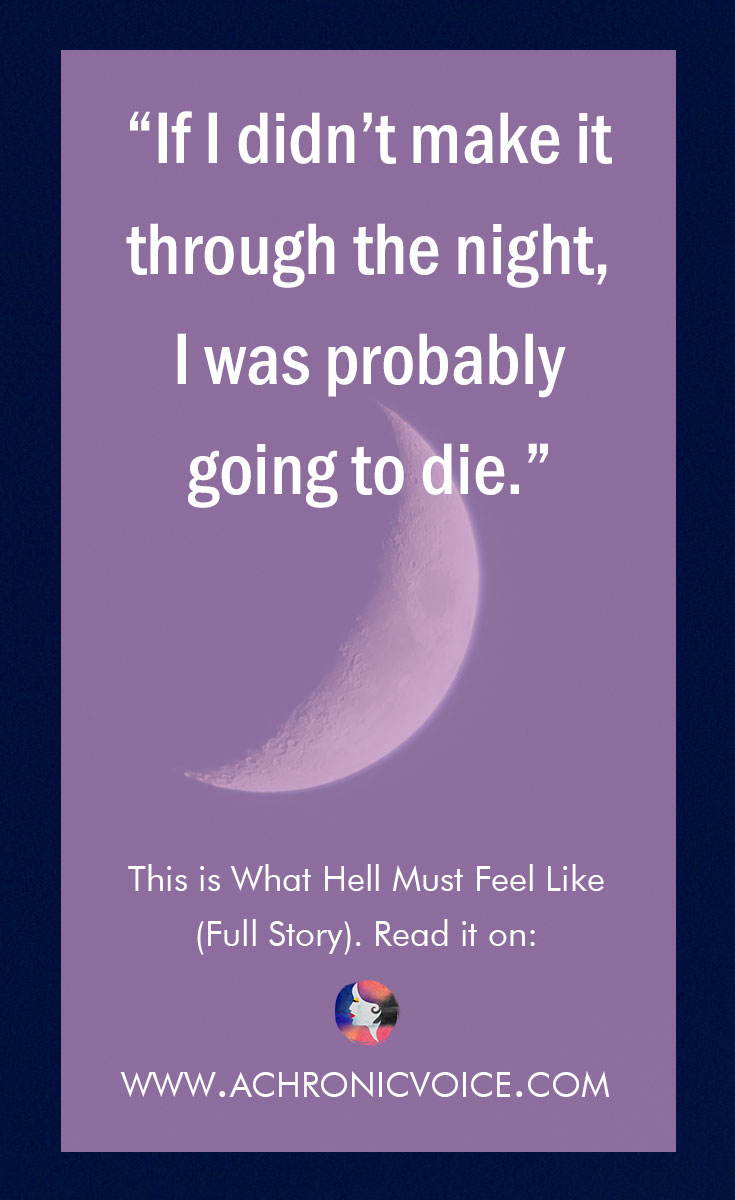 The Devastation of a Thromboembolism

The lights in the hallway were dim. I was up in bed, forcing myself to vomit all the morphine out of my system. I wondered why some people like it; it made me feel so ill. Then a shadow appeared in the doorway, with a coat in his arms and luggage in tow. My father had rushed straight out of his meeting, and had spent the past 24 hours travelling straight to the hospital. He sang me to sleep that night like a baby.

The doctors had discovered numerous DVTs / blood clots in my legs, which had broken apart to travel up that dangerous path towards the lungs, cutting off my circulation to life in what is known as a pulmonary embolism. I hadn’t gone to the hospital right away, as the general practitioner I had seen days ago had misdiagnosed the Thromboembolism as a muscular cramp in all carelessness.

A Thromboembolism can be deadly, especially with a blood clotting autoimmune disorder such as Antiphospholipid Syndrome. In fact, 20 years later, the senior doctors in my hospital still remember this ‘extreme case of Thromboembolism’. It is now a case study of sorts on Antiphospholipid Syndrome amongst them. Gallons of water had accumulated in my lungs just after three days, and they had collapsed from the weight.

Damage That Can’t Be Undone From the Thromboembolism

I couldn’t remove my shirt due to the excruciating pain, and the nurses had to cut it up with a pair of scissors to dress me in the luminous green hospital garb, marking me as one of theirs. They drove what felt like pliers in between my ribs to push them apart, so they could insert a drainage tube that reached into my lungs. I remember screaming when a technician asked, “Is it really that painful?”. I regret not biting her hand off.

An endless flow of water mixed with tainted blood was drained out over the course of one to two months. My body had gotten used to bearing that heavy load from the pulmonary embolism, and would have gone into shock if we were to remove it any faster. 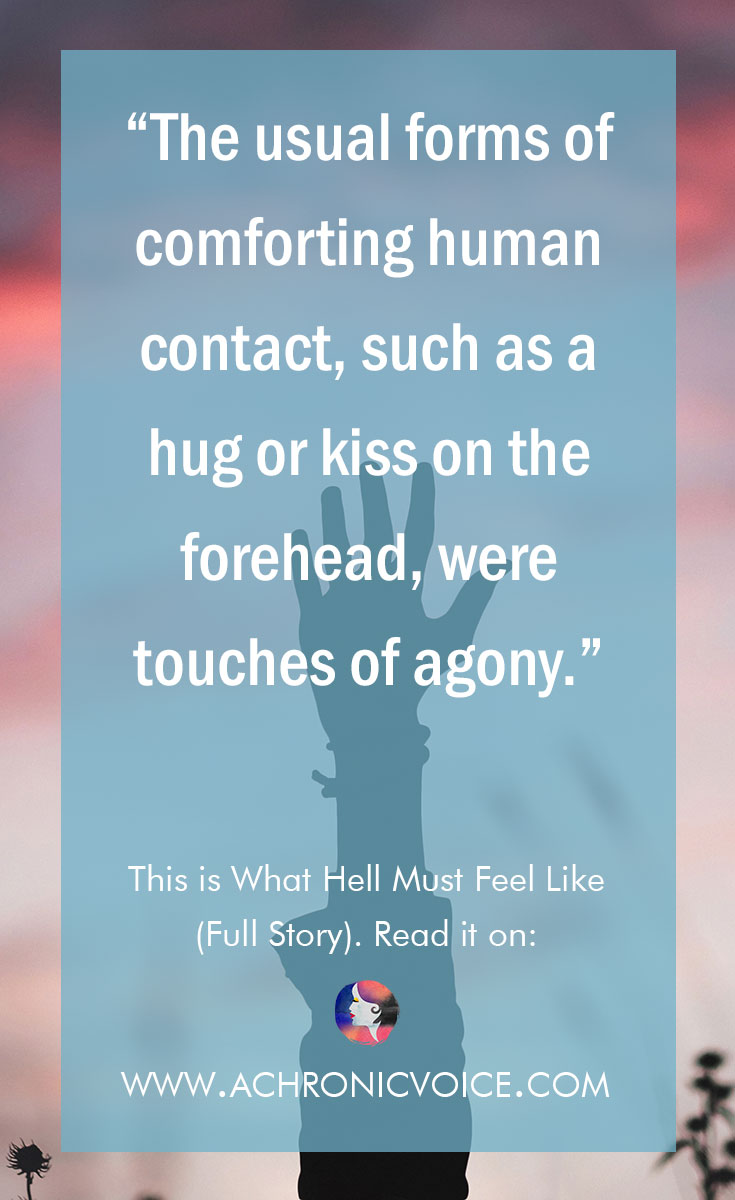 When Will This Torture and Violation End?

It was two months of torture without any respite. The slightest stir, such as a gentle knock against the bed’s railing, triggered intense pain. The usual forms of comforting human contact, such as a hug or kiss on the forehead, were sears of agony.

Every shift to get myself into a more comfortable position was a sadistic bargain, and bedsores added to the discomfort. Lifting my ass up a few inches to use the bedpan was another tedious chore (yes gross, but that was the reality).

Every investigation was exhausting as it was violating. Needles and tubes were stuck into and removed from my tiny veins, down my throat, up my ass, through my flesh. My arms were covered with giant bruises and sometimes, blood still had to be drawn through these injuries as there wasn’t any other undamaged veins left. I have never had so many x-rays done in succession before, the complexity of my organs and skeletal framework distilled to telling shades of black and white.

It took up to 30 minutes every time the nurses shifted me into a different position, mindless movements that would have only taken a few seconds on a normal day. My garment would be soaked with sweat from the effort, and I would be screaming from the pain without any awareness of doing so. It was only after the aim had been achieved, would I then realise that the entire hospital ward had fallen into solemn silence, as strangers gazed at me from the corner of their downcast eyes.

Pin to Your Chronic Pain Boards: 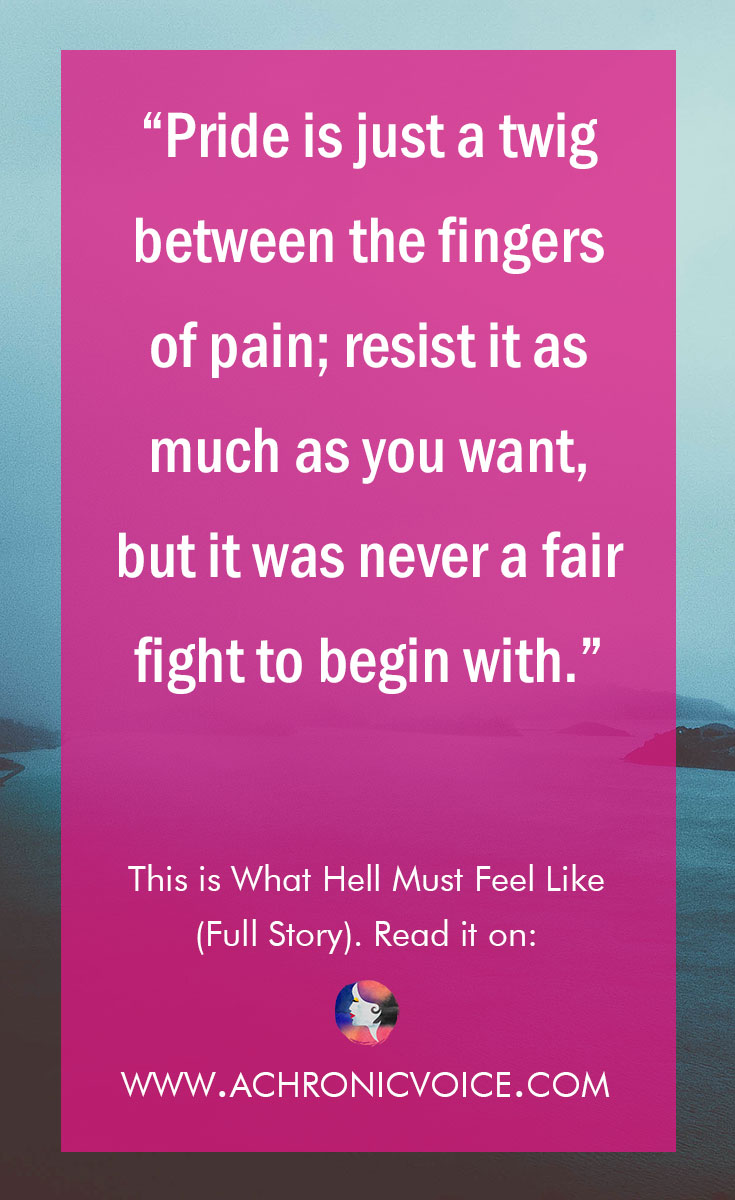 Simple Realisations About My Body & Life from This Near Death Encounter

I remember thinking to myself during this period in my life, ‘If there is a hell, I am pretty sure this is how it would feel like’.

You realise how nourishing a single pop of colour can be after being trapped between four blank walls for months – the view of a tree, a floral bouquet. I remember being moved to a bed next to the window, and feeling such comfort and amazement at the lushness outside – the colour of trees, the colour of life.

You realise what a privilege it is to be able to eat whatever you like, whenever you wish. It is ironic when food becomes a forbidden hazard, when it is often cited as a daily necessity, or a pleasurable experience. You realise what a blessing it is to be able to swallow without assistance, and to consume solid food. Feeding on a mix of mush and foul tasting juices for a prolonged period can be quite depressing. And dispensation of nutrition via IV drip doesn’t make you feel too human.

You realise how much skill it takes for your body to coordinate simple movements, when your legs collapse as you forget how to walk after lying in bed for two months. That being able to lie flat on your back to rest at night can be the sweetest relief in life. That the unconscious shifting of positions while you sleep are not mindless movements at all. Your brain is still hard at work, orchestrating miracles within your body, in order to maximise its wellbeing.

You realise how fragile mortality truly is, that your strength can be forfeited with the snap of a finger. Of the seven deadly sins mine would have been pride, but that was before. I learned that such a trait is an illusion to begin with, and the level of suffering you have to endure just to maintain it isn’t worth a goddamn thing when it breaks you. Pride is just a twig between the fingers of pain; resist it as much as you want, but it was never a fair fight to begin with. Ego serves no purpose, except to prolong your own suffering.

I would say that a huge part of who I am now was redefined from this single incident, some good and others bad. Whilst many life lessons were compressed into my brain within that short span of time, it has also left permanent scars and opened new cans of worms. But we shall speak of these matters another day. 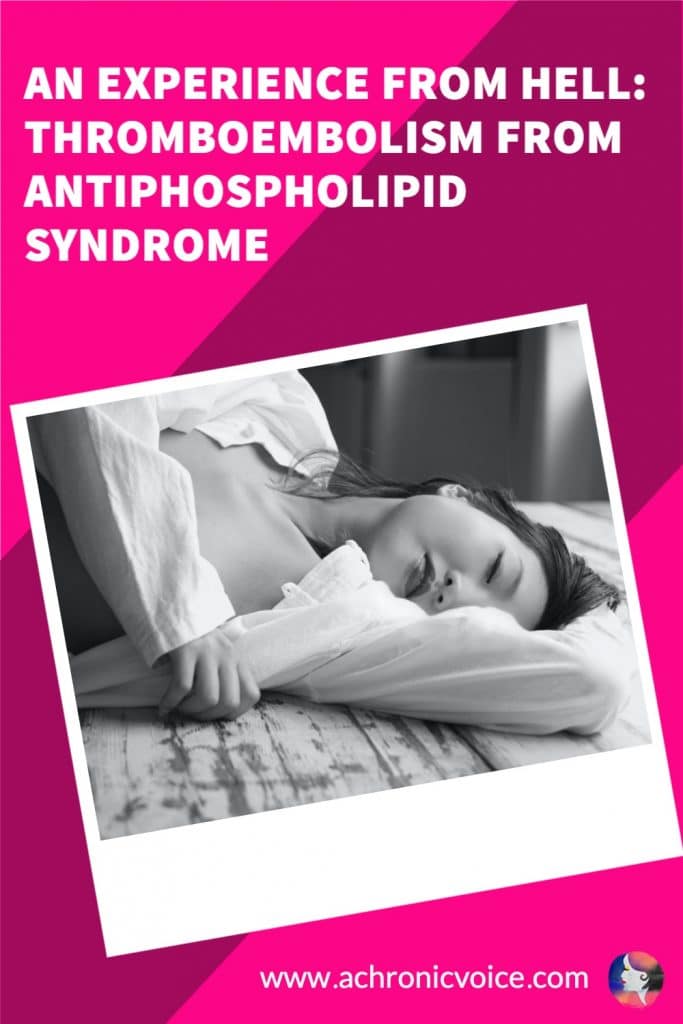 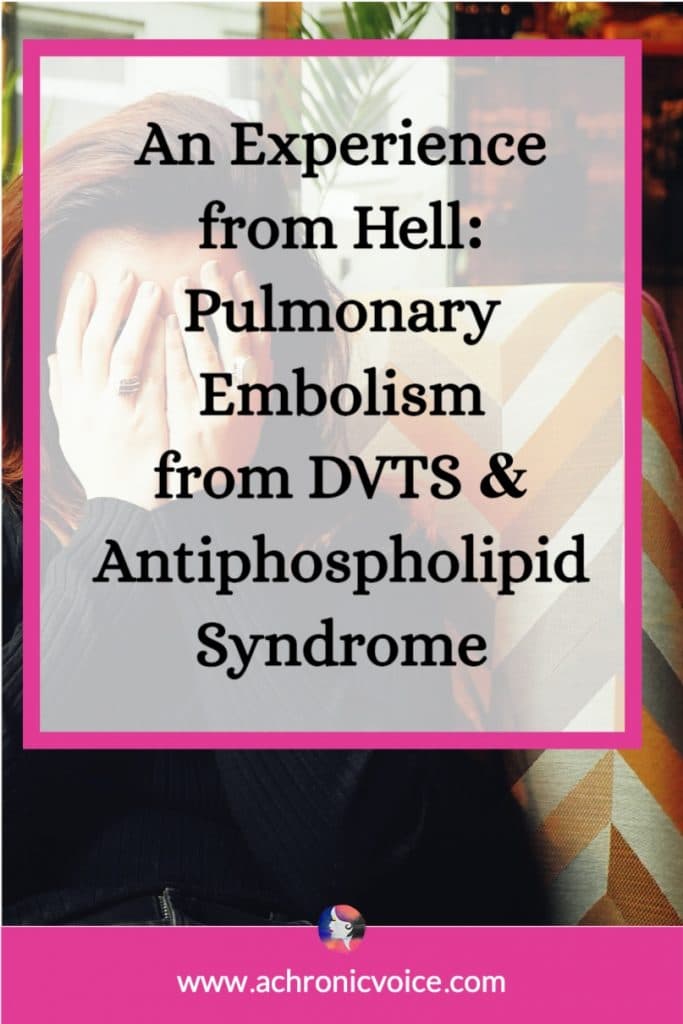 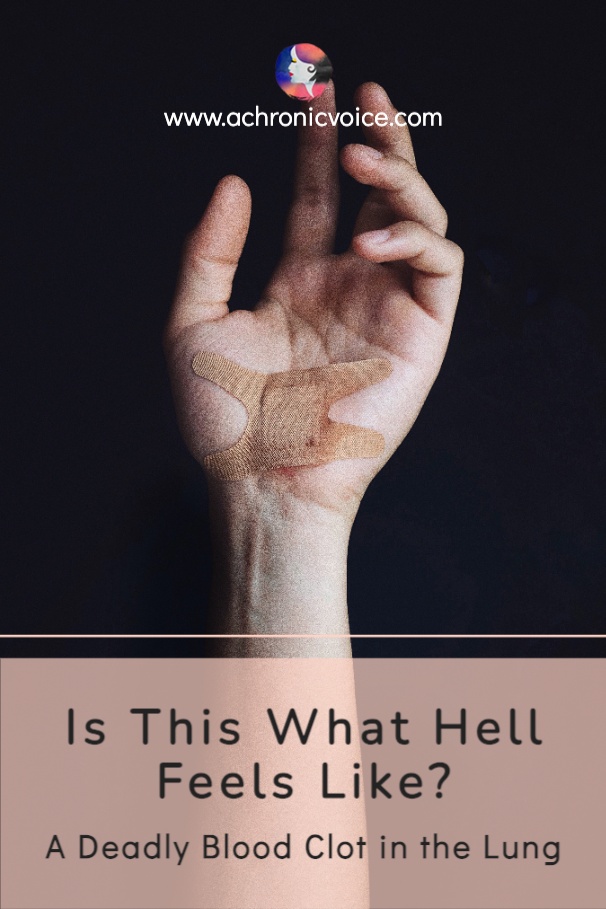 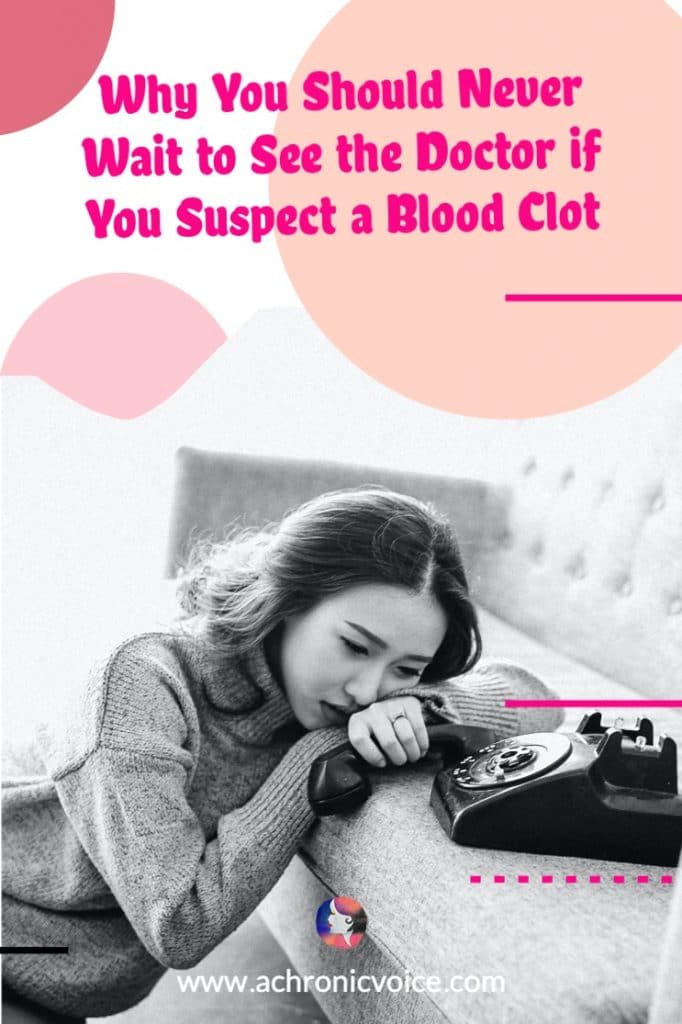